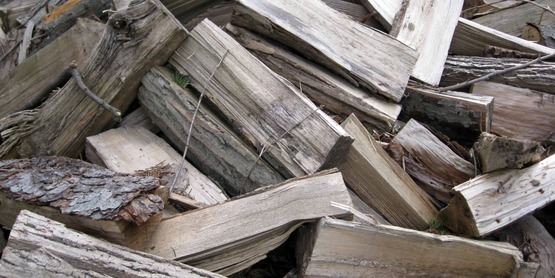 How we burn wood is critical to ensuring we get the most out of this valuable resource.

The Case for Wood

Wood offers many advantages over other heating fuels. It is inexpensive, renewable, locally sourced in most areas of New York, safe to store and transport, and does not add carbon to the atmospheric carbon cycle (except what is added in processing). But it has its drawbacks, which must be taken into account and minimized.

With best management practices, forests can deliver relatively inexpensive fuel year after year—between half and one cord per acre—while at the same time being improved to encourage the growth of high-quality tree species, hold back the spread of invasive species, create optimal wildlife habitats, and decrease the likelihood of forest fires.

In most areas of New York State, wood is also a local resource. Responsible use of wood to heat buildings reduces our reliance on imported fossil fuels while strengthening our local economies. It also cuts down on transportation of fuels, which carries costs to our environment as well as our roads and bridges.

Another advantage cord wood has over many other fuels is that it can be stored for years with little or no degradation nor any risk of harming the environment. It's also preferable to fossil fuels when it comes to adding new carbon into the atmosphere: the carbon released when wood is burned is carbon that is already in the carbon cycle, as opposed to fossil fuels, whose carbon was sequestered until the fuel was brought into production.

The main concern with wood combustion is particulate matter and carbon monoxide. These can be serious health hazards, but modern, high-quality units have significantly reduced emissions—and the technology is improving all the time.

The biggest problems arise from outdated or poorly maintained wood stoves, open fireplaces, and outdoor wood boilers (OWB) or furnaces. Wood stoves made after 1991, when Environmental Protection Agency (EPA) Phase II-certified wood stove standards went into effect, incorporate several technologies that improve the stoves' efficiencies and result in lower emissions. (Click here for the latest list of EPA-certified wood stoves.) It's estimated, however, that more than 70% of wood stoves currently in operation in the United States were made before 1991. Some see that as a testament to their quality construction, but, more accurately, others see it as a significant source of air pollution. The EPA is working on developing new source performance standards (NSPS) for all wood heating equipment. But, again, they may not achieve much unless older, inefficient units are phased out.

Outdoor wood boilers (OWBs) are undergoing improvements as well, and there are now voluntary standards that many manufacturers adhere to, but these units continue to be almost universally highly inefficient and significant polluters. The New York State Attorney General's Office published a report in 2005 that found that "OWBs may be among the dirtiest and least economical modes of heating." Note that not only do they emit high levels of dangerous particulates and smoke, but because they're so inefficient, they provide far less heat value for the wood than other types of heaters. They have become such a public health concern that many municipalities have banned them outright.

In New York State, the Department of Environmental Conservation (DEC) issued regulations governing OWBs that took effect in 2011 and have since been updated. These regulations set performance standards for all units sold in New York. Provisions for phasing out older units were cut from the final regulations.

The New York State Department of Health also has some information on their web site concering OWBs, including for residents considering purchasing one of these units, as well as information for anyone affected by a neighbor's OWB smoke.

Two-stage gasification wood-fired boilers, which maximize efficiency and minimize emissions by pumping air into a secondary burn chamber for a more complete combustion, are a much cleaner option, especially when coupled with secondary water storage tanks that minimize on-off cycling. These types of boilers can be found at prices competitive with OWBs, and have the added benefit of being able to be installed indoors or out. Wood-fired boilers with this type of technology, pellet stoves, and masonry heaters have the lowest emissions of the wood-burning appliances. EPA Phase II-certified wood stoves—which all units currently sold are required to be—are the next best. In the next couple of years, we expect to see even more advances in wood stove technology hitting the mainstream home-heating market, as well as tighter EPA standards.

As more people turn to wood for heating their homes and businesses, what we burn and what we burn it in are critical to ensuring we get the most out of this valuable resource without negatively impacting our health and environment. 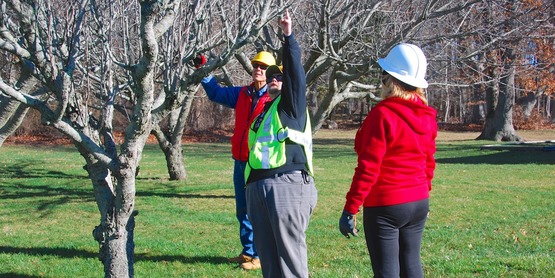